This article is also available in:
⚠️ This is an optional accessory . Check your contract to see if you have this contracted item.There are some details about this device that you probably don't know about either.Some tracker equipment has the Panic Button feature. It is a push-to-talk button (type of bell, that when you stop pressing it, it comes back) that is connected next to the whip (tracker wiring).When triggered, it sends an electrical signal to the tracker, which in turn sends an SMS (text message) to a cell phone. 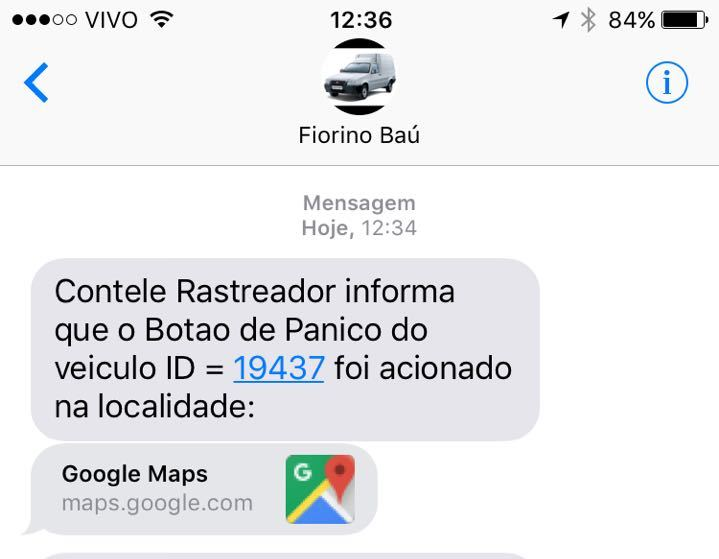 Some devices allow more than one cell phone number to be registered, so multiple devices can receive this message.The message sent is a standard message, such as: Vehicle panic button “ABC” has been activated! And what is all this for? The main reason is driver safety! That's right, the driver, not the vehicle.If the driver feels that he is in a danger situation, he activates the Panic Button, allowing the company to monitor the vehicle online, in addition to the company being able to try to contact the driver.But there are some companies that use this resource for other types of communication, such as, for example, in cases where the driver needs help to make a route or for any other type of guidance, in these cases he presses the Panic Button, and the company calls the driver.There is also another reason to install the Panic Button, which is the possibility to restart the tracker. But how come, restart the tracker? Yes, it is sometimes necessary to restart the tracker. I will cite an example:Imagine that you blocked your vehicle’s fuel on a road, and after receiving the command, it walked a few more meters until it ran out of fuel and the vehicle died inside a tunnel, where there’s no sign. You decide to unlock, but the tracker does not answer for the lack of signal inside the tunnel, in this case, just hold the Panic Button for 15 seconds, it will restart the equipment and the vehicle will be unlocked. Where should I install the Panic Button? There are two most common places to install:Under the wheel, which is a hidden place, but easily accessible.Inside the trunk of the vehicle. In this case to help in a possible hijacking, where the driver was placed inside the trunk.It is also possible to install in both locations, in the same vehicle, just connect another button in parallel.See in the video below an installation of the Panic Button:${youtube}[Installing the Panic Button on the Tracker] (3iyqZWc7mkY)

Was this article helpful?